In Days Gone By

From: Tom Lazaros (American song writer for such artists as Roy Clark, Ray Price, George Jones, Diahann Carroll and more)
Date: April 1, 2015 at 7:16:29 PM EDT
Subject: Re: Video
Hey Ladd,
It's absolutely beautiful!
The best thing that I've heard and seen in years.
I love it.
All the best with this.

Bruce Michaels' "Dinner With The Rat Pack (and more!)" 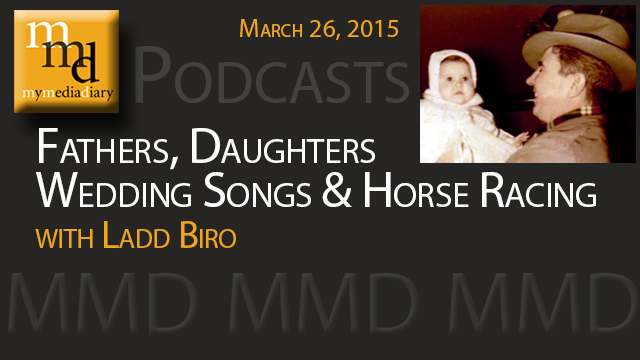 Ladd Biro has loved music and been a performer his entire life–but never wanted to be a starving artist either.  For 40 years he has worked in the entirely non-9-to-5 world of the track–and been in bands and created albums. He contacted Kevin Walsh about creating a music video for “In Days Gone By,” a song that a friend of his wrote for his niece’s wedding–dedicated to the special relationship between a father and daughter. Ladd joins Kevin as they discuss: The world of horse-racing Loving music–and keeping it as part of your life The creation of “In Days Gone By” Raiding photo albums of family and friends The universal appeal of daddy/daughter dances What makes a band work Mars and Venus–and editing a video for both Ladd’s album, Transition, from Roscoe Records Check out the video of “In Days Gone By” on YouTube.

(Podcast will play in the player at top of page)