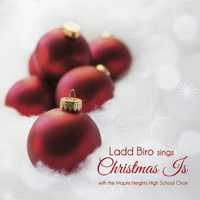 Over 50 years ago and during the 1970's, 'Christmas Is' (written by Percy Faith & Spence Maxwell), was a staple in the Maple Heights High School Choir's annual Christmas concert. Thanks to former music director John D. Stone and his family, recordings of the high school's choirs & bands were preserved.

Taken from those original recordings, 'Christmas Is' has been remastered with a new vocal and orchestral accompaniment by Ladd Biro. In addition, long time music writer/arranger/producer Dan Schneider made his contributions to ensure that 'Christmas Is' is what John Stone always felt about this song - a Christmas classic.

Track Two (Non Radio Version)
Keeping in line with the ambiance of the initial recording, the track two rendition weaves the foundational arrangement around the original recording.

* A portion of all sales will be donated to the Maple Heights Alumni Foundation. * 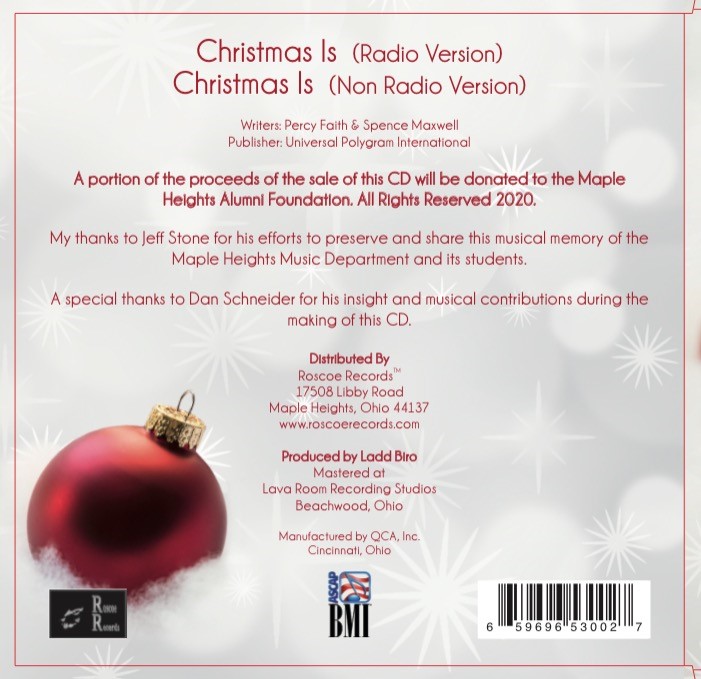